First Responder UAVs Are Finally Getting Serious. Law enforcers and other First Responders have a very poor track record with ‘drones’ or Unmanned Aerial Vehicles (UAVs).

With so much hype and promise, why have UAVs for First Responders worked out so poorly?

One fundamental reason is that First Responders believed the sales hype and bought whatever toy, radio controlled, hobby drone the industry would paint in their colors. Two thousand dollar RC helicopters became $150,000 ‘systems’. Quad, hex and octo rotors became the flavors of the day. Then reality arrived in the form of weather, darkness, airspace rules and a pair of officers sidelined to struggle with each toy.

The airspace bureaucracy is very slow: The FAA is not sure how to deal with this new phenomenon (other than to try to restrict their operation as much as possible). Almost daily news of civilian quadcopters flying illegally near commercial airlines, interfering with firefighting efforts and invading privacy harm First Responder efforts to do it right.

This is why Market Forecast created an all-you-need-to-know UAVs for First Responders report – a single publication that combines a Market and Technology Forecast with an Operating Concept and a Buying Guide.

Readers, particularly homeland security professionals, will be better prepared to use future capabilities, better equipped to compete for those sales and well prepared for the coming changes. 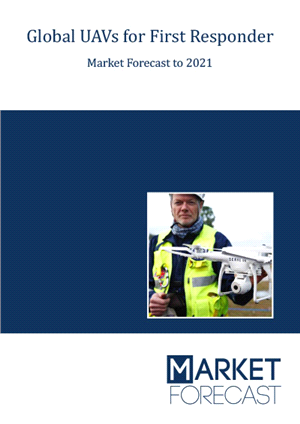