Wrath of the UAVs

It has been more than a century since the first bomb was dropped on two Turkish bases in Libya by an Italian aviator. Since then the importance of air dominance across the world has been increasing. There have been billions of dollars spent on research on development to produce advanced aircraft. The missions performed by defense aircraft are predominantly reconnaissance and attack, apart from peace time missions. These missions are risky, and any failure would lead to loss of life of the pilot, apart from the loss of aircraft and the geo political tensions. We have witnessed such tensions during multiple conflicts like the capture of U2 pilot in Soviet Union, Black Hawk pilot captured in Somalia and most recently an Indian pilot was captured in Pakistan after the MIG he was flying crashed in Pakistan territory. These risks associated with such missions had driven investments in research and development aimed at replacing the pilot in the cockpit.

The successful Unmanned Aerial Vehicle (UAV) missions in early 1970s and 1980s led to an explosive growth in the UAV market in the following decades. US Department of Navy had reported that at least one UAV was airborne throughout the Desert Storm Operation. The beginning of this century witnessed a new phase in the combat UAV market with its first recorded kill in Kandahar. This UAV was a MQ-1 Predator, piloted from Virginia, Hell fire missile was used in the mission and it resulted in elimination of two targets. The success of this mission resulted in a new phase of warfare led by UAV, being piloted a few thousand kilometers away in US.

Thirteen years later, census revealed that a single Predator squadron had flown over 4300 Mission and dropped over 1000 bombs between August 2013 to August 2014. The US Government has claimed that more than 70% of the Al-Qaeda leadership were eliminated using UAVs. The most important advantage of the Unmanned Aerial Vehicle is that it replaces systems like cockpit, armor and environmental controls with Satellite Control System, Sensors and Ground Control Stations.

The superiority of the Combat Unmanned Aerial Vehicles in cost and endurance compared to a fighter is expected to drive the replacement of around 30% of the existing US fighter aircraft in the next few years. The cost of MQ-1 Predator is around USD 5 Million, which is approximately 1/20th of the cost of a F35 and 1/10th cost of a Super Hornet. The second aspect is the endurance, a fighter aircraft would need to be refueled approximately every 2 hours, the Unmanned Aerial Vehicle can accomplish 12-hour missions without need for such refueling. Global Hawk has an endurance of around 35 Hours. It is estimated that US DoD has an arsenal of 10,000 Unmanned Aerial Vehicles, which can be used for missions like the surveillance and combat. The Raven is the most widely used surveillance UAV in the world and the Predator is the most commonly used combat UAV. Though the technology for autonomous decision firing systems are being developed, it is expected that the final decision to fire (except defensive fire) would remain at the discretion of a human at least for the next few years.

The other key market dynamics pertaining to the Combat Unmanned Aerial Vehicle Market are discussed in detail in the report titled “Global Military UAV - Market and Technology Forecast to 2027”, published by Market Forecast in February 2019. According to the report, the market is estimated at USD 30 bn in 2019 and is expected to grow at a CAGR of around 12.6% to 2027. The regional market trends have been discussed in detail in the report. Asia Pacific market, predominantly driven by India and China are expected to drive the market. It is also expected that US, Europe and Asia Pacific will account for more than 90% of the total market. The three main technology platforms that have been covered in this are fixed wing, rotary wing and Hybrid platform.

The report also covers the key market technologies, a detailed Porter’s Five forces model, and a PEST analysis. The market forecast section of the report titled “Global Military UAV - Market and Technology Forecast to 2027” covers the market forecast across segments and an Events Based Scenario Analysis section. The Events Based Scenario analysis section considers the key market dynamics which are expected to affect the UAV market and quantifies its impact on the market. The last section is the company profiles which covers the major UAV manufacturers. 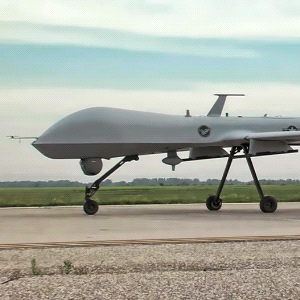