The sea routes have historically been of strategic importance, in modern history the quest by the kingdom in Europe to discover new regions added a sense of accomplishment into these voyages. The sea routes also promoted trade and commerce; an economic war was waged by chocking the sea trade to the specific country, thereby blocking the access to basic amenities. This was the similar tactics used by the Germans in the Second World War. It is perhaps interesting to note that most of the economically developed cities around the world have access to water ways, predominantly sea. It is even more interesting to note that the top 10 defense spenders have coastlines.

The technology advancements of the European Surface fleet dominated the Revolutionary War in 1776, this prompted the use of a new tactical approach of an attempt to sink the vessel by destroying it from the hull. This was expected to be accomplished by attaching a time bomb to bottom of the ship using a fully submersible wooden structure named “Turtle”. This was the starting point for the billion-dollar submarine market, which now dominates the Undersea Warfare.

The Submarines are expected to account to more than two- third of the revenue of the Undersea Warfare Market during the period 2020-2028. The submarines played an important role in the Gulf War and Operation Iraqi Freedom. It is expected that US could deploy its submarines in Persian Gulf to securitize the trade routes due to the ongoing Iran conflict. The submarines also act as a key weapon for psychological warfare, due to its catastrophic outcome and its element of surprise.

The US and China are heavily investing into the Unmanned Undersea Vehicle platforms. The US Navy has awarded a contract worth USD 43 Million to Boeing to build four Orca Extra Large Undersea Vehicles. These platforms are capable of multi-role missions like ASW, EW, Mine Countermeasure and Strike Missions. The US Navy is also considering development of Large Diameter Unmanned Underwater Vehicles, these are expected to be launched from Surface Vessels or Submarines. 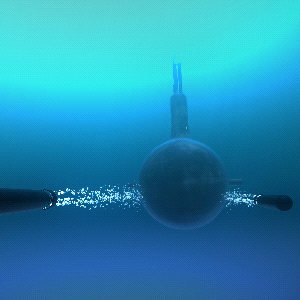