Protection Systems are devised for asset securitization and to safeguard military troops in combat zones from incoming warheads. The recent innovations in the protection systems market enables detection, tracking, and destruction of the incoming projectile.

APS systems are based on radar technologies that detect electromagnetic waves radiated by the incoming warhead. These systems are based on IR sensing and homing to deflect or destroy the target munition. APS systems can be further bifurcated as Soft-Kill and Hard-Kill countermeasures. Soft Kill APS technologies make use of electronic countermeasures to deter the munition from reaching its target. They are modular systems that make use of core engineries like IR and acoustic-based detection to home the warhead. Hard-Kill countermeasures make use of impact based weapons to detonate the threat.

Market Forecast released a study that provides a holistic perspective on the Global Protection Systems market with respect to the changing market dynamics and technology innovations. The growing geopolitical conflicts based on border tensions are expected to propel the growth of the market. The weapons acquisition is expected to increase due to tensions worldwide associated with U.S China Trade War, South China Bay, and COVID-19 which is now evolving as a socio-political issue. The defense budget is considered as a challenge due to the economic downturn and growing unemployment worldwide. Due to the ongoing lockdown, the Global GDP is currently experiencing a contraction because of which the defense allocation is expected to be lower for the coming year.

The Global Protection Systems Market generated a revenue of around USD 11 Billion in the year 2019 and is expected to reach a value of approximately USD 16 Billion by the year 2028. The market is segmented across Platforms, Region, Type of Protection System, and Components. The Platforms’ segment is further sub-segmented as Air, Naval, and Air Borne. On the basis of the Protection System, the market is classified as Active, Passive, and Hybrid Protection Systems. The Regions covered by this report include North America, Europe, APAC, the Middle East, and RoW. An additional segment that covers a detailed analysis based on APS components has been covered in this report. The APS Components segment is further divided by Sensor, Fire Control Unit, and Firing System. The fire control unit caters to components like reloader as well as an autoloader.

Amongst Protection systems, Passive protection systems are expected to lead the market in the year 2028. Hybrid Systems, on the contrary, is an upcoming technology that is expected to experience a growth rate of around 21% during the forecast period. North America is expected to have the largest market share in the year 2020 followed by the European Union. The U.S constitutes a major share of the North American revenue generated due to the presence of key companies like Raytheon and Lockheed Martin. Additionally, the US provides an infrastructure that supports research in the field of defense technologies thus increased research funding is another factor that propels this market. Moreover, the presence of organizations like NATO facilitates trade in terms of munition technology amongst the U.S and its allies thus propelling the growth of the market.

APAC is poised to be the fastest-growing segment owing to the presence of countries like China and Russia that have developed indigenous programs to steadfast the growth of their defense industry. Amongst APS components, sensor-based technology is expected to have the largest market size owing to its advanced application in munition and vehicular technology. 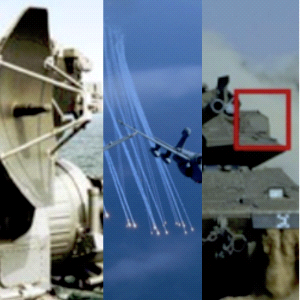