Worldwide interest on military armoured vehicles has acquired a new momentum due to the war in Ukraine. Vehicles’ designs and tactical concepts are put into test, while decades’ old perceptions are questioned. For some, the current war is raising serious questions about the efficacy of armoured vehicles in the modern battlefield, with the development of long-range anti-tank systems.

In reality this war raises the same question that has been on the table for many decades now, where armour is compared to the destructive capability of the ATGMs. In reality, what should be stressed is that armoured vehicles and main battle tanks remain critical in the modern battlefield, as they are the only ones that can help land forces occupy territory, the culmination of land warfare.

As per all other segments of the defence market, the tactical use of armoured vehicles will be revolutionized through the use of key technological enablers such as IoMT, cloud, virtual reality and most importantly artificial intelligence which will allow the use of UGVs in Manned-Unmanned Teaming scenarios. This new concept will bring swarming in ground operations and will keep troops out of harm’s way.

Military organizations are also planning and implementing roadmaps that will lead to zero-emissions. The task is challenging, especially for frontline, combat vehicles where capabilities and logistics are key elements before adopting a new technology. The electrification of non-combat vehicles is only a step away. However, in the mid-run combat vehicles will rely on hybrid systems until battery capacity and energy generation in the battlefield issues are significantly addressed.

The study “Military Armoured Vehicles – Market and Technology Forecast to 2030” presents the dynamics shaping the armoured vehicles technologies and the industrial sector. With competition now growing, the study will provide you with the necessary guidance to navigate the market effectively. 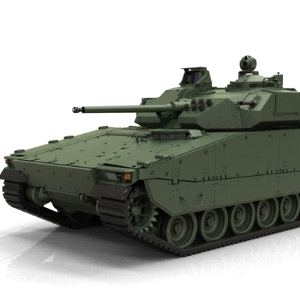