In the face of unpredictable conflict environment, one of the key considerations of armed forces around the world is to improve their ability to rapidly identify and analyze potential threats, in order to transmit coordinates and information to whomever the appropriate response will come from. In this latest report we describe how in the modern threat environment, the average Airborne Intelligence, Surveillance, and Reconnaissance (ISR) aircraft must be able to find and detect new, evolving threats including unmanned aerial vehicles (UAVs), stealth aircraft, cruise missiles (both supersonic and hypersonic) and electronic warfare systems. As technology improves on combat air systems, Airborne ISR platforms are also needed to evolve to be able to detect and help defend or combat these systems.
Airborne ISR continues to be an incredibly important capability for militaries. Effective ISR enables kinetic assets the resources they need to be successful on the battlefield. Perhaps more than this, ISR is an exceptionally capable deterrent in its own right and modern-day dissemination technology and techniques allows forces to deal with threats before they can cause harm.

Currently the navies of NATO member nations do not have the required number of airborne intelligence, surveillance and reconnaissance (ISR) assets to provide the information naval fleet commanders need in today’s oceanic battlefields. The Navies of NATO member states have three major sources of ISR: satellite photos, ISR drones and search operations performed by specialized, manned electronic warfare aircraft and AWACS aircraft. Most of these airborne assets, however, are land-based. This means ships far out at sea or aircraft stationed far away from friendly airfields will have less access to information from MQ-4C Triton drones or P-8 Poseidon aircraft.

Meanwhile, China’s threat to the US Navy’s sea control abilities within the Indo-Pacific region is increasing. The PLA’s Rocket Force (PLARF) has developed the ability for mass missile attacks on US ships that it can launch from standoff distance. The Russian Navy too, has developed similar capabilities to deter NATO ships from coming close to Russian coastal waters.

Effective airborne ISR will allow the United States and NATO to gain insights along with tactics, techniques and procedures about the air defense systems of their adversaries.  It would also provide a non-kinetic way to defeat those air defense systems and passing location data to shooters. As on this date both Russia and China can outpace NATO in a conflict’s opening phases.

It is hardly surprising then, that as per the latest study – “Global Airborne ISR Platforms & Payloads - Market and Technology Forecast to 2027” carried out by Amsterdam based Market Forecast,  the global market for Airborne Intelligence, Surveillance, and Reconnaissance systems is projected to grow at a CAGR of 4.06% between 2019 and 2027. Airborne ISR represents the eyes and ears of modern defense forces, and major U.S. projects such as the Joint Surveillance Target Attack Radar System (JSTARS) have attracted attention from leading aerospace and defense companies all over the world. Now, the rest of the world is following suit. This market study also focusses on 20 of the most sought- after aerospace companies in the ISR industry. The report is valuable for anyone who wants to understand the dynamics of airborne ISR industry and the implementation and adoption of airborne ISR services. 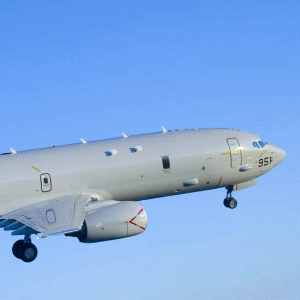