The shift from spectrum supremacy to a decisive factor for electronic warfare broung new SIGINT tools and technologies in the market. SIGINT technology has taken conventional military operations to the next level and has uplifted the face of modern electronic warfare.

The withdrawal of the US and NATO forces from Afghanistan and establishing the rule of the Taliban has opened new avenues for China, Pakistan, and Russia to expand their influence. China is extending a friendly hand with the Taliban who have eventually agreed to support China in its ambitious “One Belt, One Road” project, while they may support the free Kashmir agenda of Pakistan. On the other hand, after the US Asian pivot, the Australian increase in defense procurement, the UK joins its forces with the “Global Britain” Asian tilt. These massive political shifts will incur significant changes in SIGINT investments in the Asian markets.

Japan, South Korea and other East Asian countries, as well as the US and NATO forces, are increasing investments in SIGINT because of Russian activities in the Arctic Ocean and Eastern Europe, China’s intervention in the South China Sea, and North Korea’s unpredictable behavior.

On the other hand, after the withdrawal of forces from Afghanistan, the US might shrink its budgets on combat operations, especially investments in ground-based tactical SIGINT, and keep its space programs active. It might divert the funds from Afghanistan to the South China Sea for investments in maritime reconnaissance and surveillance.
Our latest report “SIGINT - Market and Technology Forecast to 2029” identifies that there will be massive demand for integration for artificial intelligence and machine learning, data analytics, and big data analytics processing technologies based on Hadoop and MapReduce, real-time operating systems, next-generation technologies, software-defined radios, and integration of electronic warfare countermeasures with SIGINT systems.

The other key market dynamics about the SIGINT Market are discussed in detail in the report. According to the report, SIGINT markets will reach US$ 23.42 bn through 2029 from US$ 15.75 bn in 2021. The major growth of the market is anticipated from 2023 to 2027 when the majority of deployments of SIGINT will take place in ground-based SIGINT, space and unmanned aerial systems, and maritime SIGINT. Most nations are yet to develop entire SIGINT systems and are investing inorganically. An integration of COMINT and ELINT using all sorts of platforms will be the key development in coming years and emphasis will be to develop policy and procedures to bring the entire SIGINT system under one roof.

The report “Signals Intelligence - Market and Technology Forecast to 2029” emphasizes changing warfare equations and the evolving role of SIGINT in space wars and electronic countermeasures. The report highlight the increasing need for cybersecurity and protecting edge devices used in SIGINT from hacking. 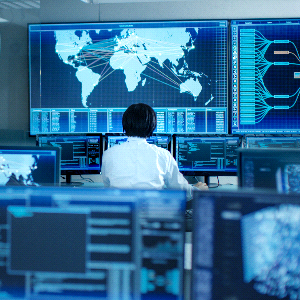