Missiles continue to play a major role in conflicts around the world. As the conflicts in Syria, Afghanistan and Nagorno-Karabakh show missiles are important in any modern conflict. The demand for various types of missiles continue to increase the world over. In many cases, the evolution of missile technology from a research and development (R&D) program to the battlefield involves additional development and investment at the end of a program.

Several major missile projects worldwide are being funded by local governments with the aim of creating commercial markets for transition if a defense market does not exist, and connect start-ups with investment. Governments are achieving this by partnering with successful commercial accelerators based locally and elsewhere. This then gets rid of the conundrum that futuristic missile technology projects face: not having profitable, business -related opportunities and consequently being brushed aside after central government monetary backing ends.

Missile technology is constantly making progress, for instance the next big emerging technology for Precision Guided Munitions (PGM) is a technology called Automatic Target Recognition (ATR).  For quite some time there have been video processing systems that can analyze video footage and detect moving things and put a box around them, showing the view from a thermal imager that automatically puts target boxes around objects moving, like a night view from a police helicopter that sees a man running in the dark. The man glows because of his body heat and as he moves a box appears around him and follows his movements. ATR achieves this entire operation without any human intervention.

Based on rigorous study of the capabilities of missiles and the growing impact this technology has caused in military environments, Amsterdam based Market Forecast has just launched their new study “Missiles - Market and Technology Forecast to 2029”. According to Market Forecast the global missile market has grown accordingly. In 2021, it was worth $52 billion.

This study aims to achieve the following objectives:

It is in the greater interests of all defense contractors who export missiles to have as extensive a range of products in as many different markets as possible because markets change and you have to change with them, but having an income stream or two that you can rely on will make things much less stressful. 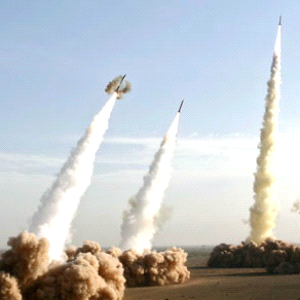