This year’s first quarter was marked by several events that have their impact on the market. The moment that most countries were gradually coming out of the COVID-19 restrictions and were trying to tackle the risks of increased inflation and soaring energy prices, the Russian invasion of Ukraine put further strain on the economic recovery. It also put pressure in the European region which now must quickly adapt by reducing its heavy dependency on Russian energy resources, while implementing the ambitious decarbonization plans and increasing its indigenous military capabilities.a

Although the replies were collected mostly at the beginning of the first quarter, they still provide an important insight on the market’s sentiment that is currently evolving, and the Market Forecast team will continue to monitor.

The COP26 UN Climate Change Conference held in Glasgow, in December 2021, was the highlight of the climate change agenda. Ambitious goals were announced by governments and companies towards the goal of net-zero emissions by 2050. How easy is it and how long would it take for the AD&S sector to achieve zero-net emissions?

The military will have to undergo through drastic changes due to its large emissions footprint. As a reference point, the US Federal Sustainability Plan, which was published in December 2021, mentioned that 49% of the federal emissions that were generated in 2020 came from military and law enforcement operations. That is almost half of the 34.9 million cubic metric tons.

Leading the AD&S industry and defence establishments towards the net-zero emissions is challenging due to the priority that military systems place on technical capabilities or supply-chain and logistical concerns with regards to the use of any type of fuel to perform all over the world.

For Scope 1 and 2 emissions it might be less challenging to reduce them, as manufacturers and suppliers could adjust easily adjust compared to Scope 3 ones which will require more time and resources. Aviation assets and services will be at the core of this effort due to their increased fuel consumption and resulting carbon footprint. Moreover, the current war in Ukraine and the sanctions against Russia are an obstacle to the industries’ energy requirements and will force stakeholders to take swift action.

According to Market Forecast’s 2022 Q1 Sentiment Poll, 83.7% of the participants expect the industry to achieve the net-zero emissions goal within the next 5-10 years. Meanwhile, slightly over half expect the aerospace sector to develop fully sustainable commercial aircraft in the next 10 years and 39.5% in the next 15-20 years. The COVID-19 pandemic has disrupted global supply chains and exacerbated the problems resulting from the overreliance on foreign suppliers. Especially in the field of defence such disruption can have a severe impact on overseas operations, as despite the severity of the healthcare risks didn’t cease to exist.

States and their defence establishments have played a prominent role in increasing the resiliency of suppliers and supporting R&D. Likewise, the US manufacturers and their supply chain underwent through a challenging period coming face-to-face with the obstacle of sourcing raw materials and components in key areas, such as microelectronics.

However, while emerging from the pandemic’s restrictions, defence industries have to compete with the growing demand from other sectors of the economy and lately from the shifting global political landscape as a result of Russia’s invasion in Ukraine and the competition with China.

The Biden-Harris administration’s “Buy American Act” is an effort to shield the US industries from the impact of “imported” risks and provide further support to local suppliers in order to gradually bring production in the US. The question is what the impact of this policy will be for the US allies, if it would benefit US defence industries in the long run or whether it would result in more protectionism and competition from their side. The Role of France in European Defence

With Germany leading the economic policy of the EU, France has tried to establish a role for itself as the leading military power of the Union replacing the UK after Brexit. That effort suffered a serious blow after Australia’s decision to cancel the procurement of the French submarines as a result of the AUKUS Agreement.

The blow was not only financial, but mainly political. It highlighted the limits of the French policy in this matter. Although the poll took place before the Russian invasion of Ukraine, the fact that the EU’s deterrence collapsed shows how ineffective the model has been, with NATO remaining a credible force against security threats. Moreover, the war in Ukraine has shown the fragmentation in the European nations’ national interest which are not forced to follow the developments and adapt. 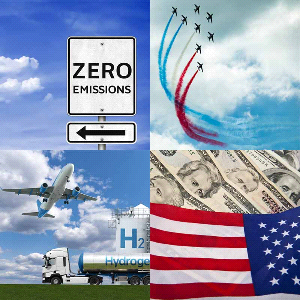