Integrated Electronic Warfare is the Future

Survivability will be the key strategy for the US, its allies and NATO for the next ten years. And the developments in research and testing facilities indicate the same for next-generation jammers in development for mid-band and low-band frequencies.

Electronic warfare is becoming sophisticated and intelligent. The US, its allies and NATO members have stern competition from Russia, China and its alliances. China particularly has threatened the western countries with its information warfare doctrine. The strategies of China include hacking information, intelligence and jamming electronic warfare systems using Computer Network Attack (CNA). China is using its cyber capabilities to penetrate and steal sensitive data of US citizens, organizations, and businesses. Similarly, Iran and North Korea are hacking international financial networks.

Russia’s digital espionage effort has resulted in NSA and CYBERCOM splitting into separate entities. It was triggered after the Russian efforts to interfere in the 2016 election and similar incidents. Similarly, Iran and North Korea are hacking international financial networks.

Therefore, developing Next-generation Information Warfare Systems is a growing opportunity for electronic warfare companies. At the same time, there will be an increasing market for developing integrated solutions for counter-information hacking systems, developing machine learning algorithms to identify and kill cyber threats, and improving hardware to restrict cyber threats arising from firmware, malware and software-defined components.

The upcoming report “Electronic Warfare - Market and Technology Forecast to 2030”  from Market Forecast uncovers clandestine strategies and procurement plans of leading military forces regarding electronic warfare. Futhermore, it provides the dynamics of the hyperspectral imaging business and the challenges, faced by the manufacturers in scaling and expanding the business, and it emphasizes the need for integrated electronic warfare management architecture.

This report by Market Forecasts is the result of analysts’ research and analysis using the latest technology and insights. This work is specifically intended to benefit leaders who need to guide their teams toward opportunity or away from risk. 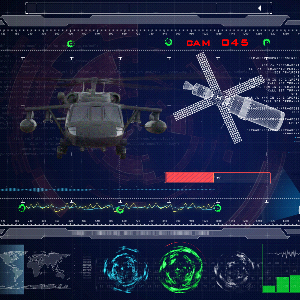