The Global Military Ammunition Market is expected to reach USD 20 Billion by 2027 at a CAGR of around 2.5%. The overall technology in the ammunition market has not changed much in the past century. The most important innovation was the use of bullet case to capsulate primer, propellant and the bullet. These were the base for increasing the rate of fire from 3-4 shots per minute to 600 rounds per minute, in case of AK-47. One of the key challenges for innovation in this sector is the complementing link between arm and ammunition sector. Innovations like the Smart Bullets or Macho are developed within the operational parameters of the arms market. However, the innovations in this sector have not been successful in keep pace with the changing battlefield space. The data captured in the report indicates the gap between the ammunition used to number of kills have grown ten times between World War II and the recent conflicts. The modern battlefield is a complex urban environment where door to door combat and search operations are a part of the mission, unlike large open fields of World War II.

The key innovations in the sector includes the use of technology to bridge the gap of skill level gap between a mediocre and an expert marksman. DARPA has been working on a project titled EXACTO, the bullet is capable of shifting directions to hit the target with high precision. DARPA was working with Lockheed Martin on this project. The other innovations in this market include the multi bore gun which is being tested by the US Army. The other innovations are covered in detailed in the Market Technologies chapter.

Scope
The study period of the report titled "Global Military Ammunition - Market and Technology Forecast to 2027" is between 2017-2027, however the forecast period is between 2019-2027. The market is segmented based on Region, End User, Application and Product. Please refer to the Table of Content for detailed segmentation in the Market Forecast chapters.

About
Market Forecast provides intelligence studies for the Defense and Aerospace market for private and public sector organizations.

Our studies display opportunities for our customers to expand in existing markets or to develop new markets and supports them in developing market strategies. All stakeholders, available products, market requirements and new technologies considered.

Market Forecast is a brand of the private owned company ASD Media BV and is located in Amsterdam, The Netherlands, Europe. The company exists for over ten years and has a long experience with market research, computer models, and online products.

The quality of the analyst is key in our philosophy. Besides the unquestionable required market and analytical skills of our analysts we invest in the development of new data collection and analysis technology to offer market research that is cost-effective, of high quality, up to date and instantly available. 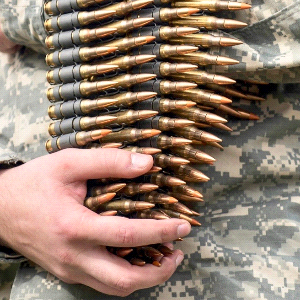