Fly at Mach speeds and Forget the Boom

The curiosity of human being have pushed the travel dimensions across time and distance. The early modes of intercontinental travel were through maritime route; however the Wright Brothers were instrumental in changing the face of travel forever. The rapid expansion and technology growth, post the World Wars helped the air travel sector to connect airport and continents quicker. The increase in the range of commercial aircraft transformed a historic transatlantic event to a day to day event. The continued quest for reducing the time taken resulted in rapid research and development funding in the area of increasing the speed of travel.

The result of multiple attempts to reduce the travel duration was showcased in 1969, wherein the market witnessed the first flight of Concorde. The  Aérospatiale/BAC Concorde was a British- French supersonic aircraft. It could travel at twice the speed of sound, which resulted in halving the time between transatlantic destinations. The average cost per ticket to save a few hours was around 25-30 times higher than the cheapest airfare option. This was one of the key reasons that the airline which operated these aircraft could maintain profitability in the routes it operated, despite its high maintenance cost.

The total program cost was around USD 10 Billion (adjusted to 2017), the unit cost was around USD 160 million. Around 20 units were built between 1965- 1979 and the two key operators were Air France and British Airways. The Concorde was retired in 2003, the fatal crash of Air France Flight 4590 and the withdrawal of support by Airbus acted as drivers for the retirement.

There has been a lot of discussion on the relaunch of Super Sonic Aircraft, however the high maintenance and the availability of multiple low-cost options are challenging factors to the program and the airline. A simple example of the maintenance cost would be the possibility of the tyre of a supersonic aircraft to burst is 30 times higher compared to a sub sonic aircraft. These factors makes supersonic jets viable for the small population of High Net Worth Individuals. This has helped in shifting the focus of Supersonic jets development to the business jets market.

There are around seven business jets which are in various stages of development, around which around 4-5 are from the United States. The aviation sector is an ecosystem, which means the dependency on the adjacent link is high. The business jet manufacturers need to work in tandem with the airport authorities and their suppliers in the areas of maintenance, fuel efficiency, noise levels and the sonic boom. The sonic boom would prevent the full performance of supersonic aircraft over- populated area. This means that the supersonic can be flown at its optimal performance over sea, like a transatlantic route.

Boeing has partnered with Aerion to develop a supersonic business jet and it is expected to demonstrate its first flight in 2023- 2024. The AS2 jet is promising a speed of around 1000 mph and the website also claim the aircraft as the first ever aircraft designed for carbon- neutral operations. The other significant improvement includes 100% biofuel capability and no afterburners.

It is expected that the aircraft could be certified by 2026. The company has around 300 staff and its order books are around 20 aircraft. The estimated price is around USD 120- 160 Million and it expects to manufacture around 300 aircraft in the first ten years. The key suppliers of  the program include GE Aviation, GKN Aerospace, Aernnova Aerospace, Safran and Potez Aerospace.

The Lockheed Martin’s X-59 has been working on reducing the sonic boom which could allow the operability of supersonic business jets over land. The X-59 is expected to conduct its first flight in 2021. The experience of SR-71 I expected to help Lockheed Martin in their quest for supersonic business jet, the SR-71 exceeded Mach 3 in 1971. The other promising aircraft programs are from countries like Japan and Russia. The Russian SSBJ, a variant of Tu-160 Bomber is also a promising contender in this market.

The introduction of the new business models in this market, like the air taxi and the fractional ownership has help entice new customers. However, it is important to note that the cost of travel in a supersonic jet would be much high compared to a sub sonic business jet. Therefore, it would not be correct to estimate the demand of business jet market based on the Post COVID business jet operators market. The COVID has positively impacted this market, where there is a surge in demand for business jet travel compared to Pre- COVID.

Having considered the small market demand and the current supersonic business jet in development, it would be interesting to wait and watch on the outcome of this wait. The sentiments attached to the Concorde crash are also inevitable. The first launched supersonic business jet would definitely have the advantage of higher market penetration, provided the brand represents a symbol of safety and trust. 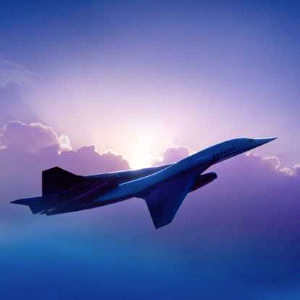