The Internet of Things (IoT) is increasingly changing the way businesses interact and coordinate day-to-day enterprise and manufacturing processes. This has emerged to be well optimized for industries that control a diverse portfolio and organize complex and hierarchical processes. A new Market Forecast study analyzes the scope for the use of IoT & Sensor technology to revolutionize military capabilities and the significant benefits to those in the industry. The Department of Defense (DoD) has played a crucial role in advancing the sensor, computer networking and telecommunication that serves as the backbone of IoT. DoD continues to grow rapidly in development and the implementation of IoT technology for day-to-day operations that have the potential to improve productivity, efficiency, and significant cost savings across the military.

Military implementation of IoT-related technologies is largely focused on combat applications. Command, Control, Communications, Computers, Intelligence , Surveillance and Recognition (C4ISR) systems deploy millions of sensors mounted on a variety of platforms that provide situational awareness to commanding officers and military men and women on the land, in the sea and in the air. In fire control systems, the end-to-end deployment of networked sensors and digital analytics facilitate highly autonomous responses to a range of real-time attacks, delivering disastrous firepower with extreme precision.

The country analysis chapter reflects upon the value of sensor and equipment units imported and exported. Top 15 countries have been provided in the report with the import and export value by platform and by country, respectively. Various factors such as the defense budget, and maturity of IoT and sensor technologies in the respective countries has been provided in the conclusion of country analysis chapter in the report.

The report titled “Global Military IoT & Sensors - Market and Technologies Forecast to 2028” is segmented by Region, by Platform and by Technology. The Regional segments are North America, Europe, APAC, Middle East, and ROW. The Technology segments are Cellular, WI-FI, Satellite Communication, RFID, Others and None. Technology is the mode of communication transmitting data into IoT devices and the None sub segment is considered as the sensor market by technology. The Platform segments are Land, Air, Naval, Munition and Others.

The total Global market for IoT & Sensors in Defense is estimated at around USD 30 Billion in 2020 and the market is expected to grow to around USD 48 Billion by 2028. The CAGR of the market is accounted at around 6.3%. The APAC region is expected to be the fastest growing market at a CAGR of 8.5% during the forecast period. The North American market would emerge as the largest market by the end of the forecast period with an estimated revenue of around USD 21 billion during the year 2028. 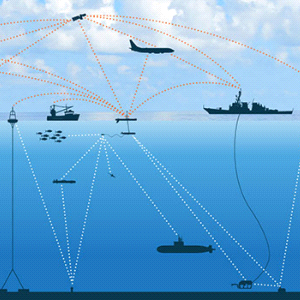