Do Directed Energy Weapons finally live up to their expectations?

Since the mid-1960s few weapons have held as much potential and have constantly failed to live up to that potential as Directed Energy Weapons (DEW). However, since the turn of this century even as most countries have curtailed both their hopes and funding from the highs of decades past, DEWs have gradually and quietly matured.

DEWs use the electromagnetic spectrum (light and radio energy) to attack pin­point targets at the speed of light. They are suitable for defending against threats such as rockets, missiles and artillery shells, which can be shot down in mid-flight by DEW. Additionally, operators can adjust the power of the energy put on a target, unlike a bullet or exploding bomb, allowing for nonlethal uses. A slow decline in military strength encourages politicians, the military and defense contractors to push for greater military spending to acquire increasingly state of the art equipment superior to weapons shipped overseas. Forthcoming research will seek to augment the power and reduce the size of DEW systems. As DEW weapons become smaller, they will first be vehicle-mounted and then possibly man-portable. The introduction of the Space Force in the United States is expected to be replicated in several countries across Asia and Europe. DEW will be an integral weapon in the arsenal of the Space Force. The DEW sector is also key to the successful transformation and development of a number of other industries because DEW markets cover a wide-ranging spectrum of products and services.

Amsterdam based Market Forecast’s latest report “Global Directed Energy Weapons - Market and Technology Forecast to 2028” examines, analyzes, and predicts the evolution of Directed Energy Weapon (DEW) technologies, markets, and outlays (expenditures) over the next 8 years – 2020 -2028 in the aerospace industry.  It also examines DEW markets geographically, focusing on the top 95% of global markets, in the United States, Europe, and Asia. The DEW industry is one of the few industries that has not been very adversely affected by the ongoing coronavirus pandemic. Throughout the report we show how DEW are used today by the armed forces to act as force multipliers. To provide the most thorough and realistic forecast, this report provides a twin-scenario analysis, including “steady state”, increase in budgetary allocation for DEW procurement. 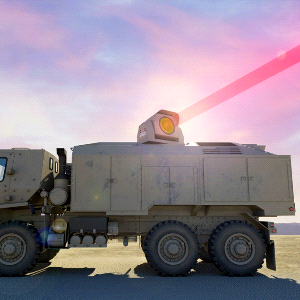