There has been a need for rapid upgradation of combat vehicles with advanced electronic information and command systems over the past decade. Vetronics includes military vehicle navigation, surveillance, communications, power, motorization, and weapons systems, as well as the networking of those systems. Vetronics refers to the technological level to the optimization of platform electronics and computing resources, the facilitation of vehicle incorporation, and the enhancement of logistics and assistance under operational conditions. This technical development increases the flexible ability of the systems in combat at the tactical stage.

To provide military forces with improved crew survival, simple navigation, enhanced surveillance efficiency, better inter-vehicle, and intra-vehicle communications, and stronger firepower, global military forces are increasingly modernizing their fleet of vehicles. Upgrades to military systems, networking technologies, hazard detection systems, fire suppression systems, communication systems, command, and control (C2) systems, and other systems needed for a mission are included in the modernization programs. Upgrading the military vehicle vetronics systems improves the interoperability of the systems, eliminates the danger and expense of multi-system integration and by reducing their response time, enhances the performance of vehicle operators. Armed forces around the world are modernizing their land vehicle vetronics systems to gain greater capabilities, and reliability on their vehicle platforms.

Currently, the US Army has initial strategic initiatives to modernize Bradley Fighting Vehicles, convert M1A1 and M1A2 SEPV1 Abram tanks to the M1A2 SEP V2 configuration, and update MRAP vehicle C4ISR equipment and systems. In addition to these modernization projects, the US Army is increasing the minimal production of a new networked vehicle fleet. As the Army prepares to produce the first MRAPs armed with components of Capability Set 13 (CS-13), significant development and implementation activities also are underway.

In preparation for configuring the entire fleet, the MRAP vehicle designs standardize the deployment of multiple network equipment combinations on various platforms. A fully integrated kit of routers, satellite networks, software applications, smartphone-like gadgets, and other network equipment delivering seamless networking is provided in the automobiles. In turn, CS-13 is an entire mobile network that is utilized at one time, rather than as individual components over a period of years. Another capability package would be added nearly every two years, maintaining the network as modernized as the provider can handle. Other modernization projects, including the JLTV and the GCV, the latest armored vehicle for heavy and Stryker brigade combat teams, are also integrated with CS-13. Both are expected to be offered as platforms for the vehicle-mounted CS-13 components.

Vehicle electronics technologies for European land-based intelligence, surveillance, target acquisition, and reconnaissance (ISTAR) continue to develop as defense forces are modernized by the UK. Factors behind the applications include the growing emphasis on network-centric operations, as well as the North Atlantic Treaty Organization (NATO) concept of the European Union Battle Group and response force.

Russia is among the top nations in the production of MBTs. Russia's MoD announced the modernization of its fleet with the acquisition of the first batch of T-14 Armata along with T-15 and T-16 at the end of 2018. A small number of T-14 Armatas are currently in service in the Russian Army but the weapon is due to be deployed in greater numbers in the coming years. The T-14 Armata is designed to find a perfect balance between firepower, agility, and safety compared to all previous Russian-made MBTs. In addition to the launch of the T-14 Armata, the Russian Army is introducing numerous programs to update the older T-72B, T-80B / U, and T-90 MBTs.

China is one of the nations that has made the most advancements in its military modernization program in terms of the design and production of MBTs in recent years. The inspiration for Chinese technologies and innovations comes primarily from Russian vehicles, but also Western countries. China publicly announced in 2018 that a new Type 15 light/medium tank was ordered by the PLA. The vehicle was intended for operations of reconnaissance and infantry aid that can function in mountainous regions, forests, and river areas that are not accessible to heavier MBTs.

New developments are often related to the digital world, where numerous trends are under development at present. One of them is an on-board, completely digitalized cockpit with multiple wide screens displays to enable a 360-degree knowledge of the situation. The US and Germany are undertaking research projects on such a solution, while Israel is introducing Artificial Intelligence (AI) reasoning to the digitalized cockpit to reduce the crew workload as part of the CARMEL initiative. Improving on-board electronics also means better diagnostic systems, thereby increasing speed and accuracy of maintenance. New MBTs will rely more and more on vehicle electronics or vetronics. All MBTs will be equipped with Battle Management System (BMS), some already have this system, some would get them after upgrade programs. Also, vetronics is expected to be increasingly sophisticated. New generations of laser/radar systems would allow discovery and identification of enemies at 18/20 km range gaining time in operational theatres to face the threat properly.

The introduction of data-intensive applications and the technologies required for high-performance components of the next generation leads to a bright future for vetronics. If the military focuses on retaining existing projects, rather than carrying out new development systems, the vetronics industry is expected to be relatively steady. Today's designers of military equipment are charged with developing computer devices for vehicles that not only have to withstand the harshest environments in the world but also must survive combat demands for years to come. 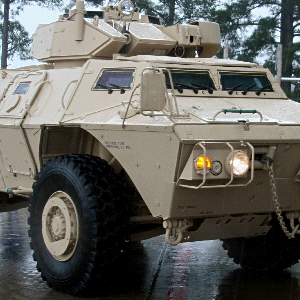