A US lawyer, Larry Klayman and his advocacy group Freedom Watch along with Buzz Photos have filed a USD 20 Trillion lawsuit against China in March 2020. This has prompted a thought whether the Corona virus is a natural virus or a man-made creation. If the virus was a man- made creation, then the success of a new form of warfare has just begun, the era of biological warfare.

The shift in the economic aspects as a result of the after math of the virus attack is too early to be judged. However, it is expected that the European and the Western Economies, which are the forerunners of the Global GDP will have an economic nosedive. This would in turn allow the Chinese economy to grow stronger and re-emphasize its position as the manufacturing hub of the world. The growth of the Chinese economy over the past few years is shown in the figure below.

The Defense Industry has experienced paradigm shifts from hand to hand combat to UAV being operated from thousands of miles away, firing PGM on enemy targets. The industry focus has been towards minimizing mass killing by increasing accuracy and precision of the platforms. The key performance improvement across platforms have been accuracy, speed, range and lethality. The other forms of warfare which have sprouted along with technology advancements are the cyber warfare and electronic warfare. It is important to note that these two forms of warfare are aimed at paralyzing the defense assets and not a source for mass killing.

The two other forms of warfare which are aimed at paralyzing civilians are the chemical and biological warfare. There have been incidents of use of Chemical weapon across the world, the most recent incident is in Syria, wherein Chlorine gas, Sarin and Sulfur Mustard Gas were dropped on the Syrian civilians. It is concluded that around 90% of the chemical agent used was Chlorine Gas, which were delivered from Helicopters or Rocket Launchers. Chlorine Gas turns into Hydrochloric acid if inhaled, resulting in severe damage to the respiratory system.

A study conducted by the GPPi (Global Public Policy Institute) concluded that around 336 incidents of Chemical weapons usage have been confirmed between 2012- 2018, out of which  around 98% of the total incidents are concluded to be carried out by Assad regime and rest 2% by the Islamic State Group.

Biological attacks mission have been carried out in US soil in the past. In September 2001, the Amerithrax, also called Anthrax Attack targeted the US Senators and a few prominent media personalities. Letters containing anthrax spores were mailed to the offices of senators and media personalities. The quick response by the US Government restricted the fatalities to five. In this scenario as well, the targets are identified thereby not resulting in mass civilian deaths.

It is interesting to note that in case of Syria and US, the mode of delivery can be arrested thereby reducing the collateral damage. Secondly, the Chemical weapons or Anthrax are not contagious compared to Corona. Assuming that Corona is a biological weapon, it beats all traditional controls of human defense. This form of warfare converts the human body to a deadly weapons platform, capable of eliminating anyone in contact. This is one of the reasons eminent well-guarded personalities have also been affected by the virus.

The Corona incident has created unintended opportunities for Pharma companies, however a systematic shift in warfare could result in an increased market entry of Pharma companies into the Defense sector. In future, these companies could be engaged in proactive defense or could also be used for offensive modes. This could also change the overall landscape of the existing defense contractors. This was witnessed by the entry of defense companies into the cyber security segment.

It is difficult to ascertain the involvement of China on the creation of Corona virus; however, the country has managed to control the virus in spite of its large population. As of 28th March the cumulative deaths in Italy and Spain are around 14800+, which is four times more than in China. It should be noted that the cumulative population of Italy and Spain are around 110 Million, compared to the population of China, which is around 1.4 Billion.

The question to origin of Corona would be answered in time. The total number of Global deaths due to Corona has surpassed around 28,600+ (March 28, 2020). It is expected that the human race would gain immunity to this virus in the near future but at the moment, the tunnel does not look too bright on the other side. The best hope is to assume that the Corona is not a work of mankind, because, if proven otherwise, the Defense industry would spiral into the biowarfare segment, which would result in mass killing irrespective of race, sex, religion, age, community or creed. 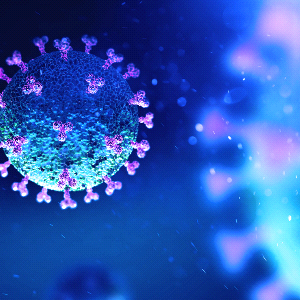